Empty
Zakah payers in Uganda under their umbrella House of Zakat and Waqf have given more than Shs1 billion to vulnerable Muslims across the country as part of their effort to curb poverty and promote girl-child education.
House of Zakat and Waqf Uganda is a non-denominational and not-for-profit organization set up to manage and administer Zakat (alms) and Waqf or endowment in accordance with the teaching of the Holy Quran and Hadith for the social well being of Muslims and development of Islam. Zakah is the third pillar of Islam and is the giving of a set amount of your wealth to the needy through charity.

Speaking to the media during the distribution process at their offices in Kampala yesterday, Kibuli-based Deputy Supreme Mufti Sheikh Mahmood Kibaate said Zakah is compulsory for all Muslims, and not only for the rich and urged more Muslims to join the cause.

House of Zakat also caters for entrepreneurs, individuals who have small businesses and those who have formed Saccos and need capital. 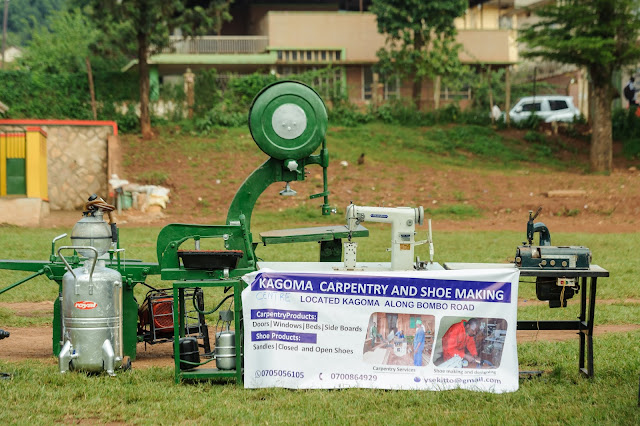 Some of the Machinery distributed to the Muslim youth groups for carpentry and Car washing
Apart from the scholarship, other items given out included sewing machines, cash, agricultural inputs and welding machines, Carpentry machinery and Car washing machines. Sheikh Kibaate said they focused on education this year and offered more than 600 scholarships both in secondary schools and higher institutions.
“This year, we have managed to offer 300 scholarships scholarship at Metropolitan International University and the Islamic University in Uganda and the majority were girls,” he said. 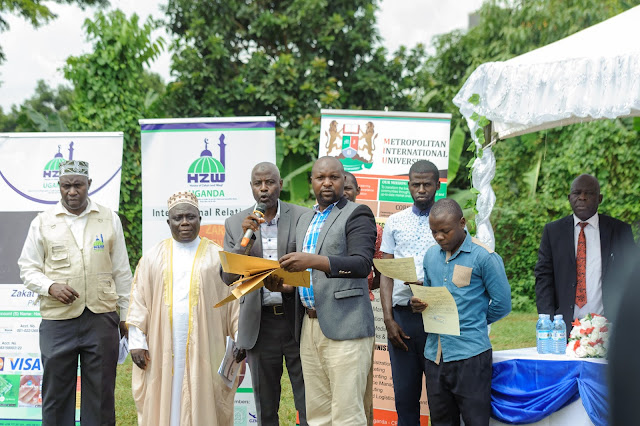 Distribution of 150 Scholarships by the Chairman, Education Dept. of House of Zakat, Dr. Ibrahim Matovu
Appeal
Ambassador Ahmed Kisuule, Sharia Board Member (House of Zakat) urged Muslims not to mix Zakah and politics because it will affect Ummah, the society, and the purpose of helping the needy.
“These days, people have been taken up by politics and this is not good because it has affected several government-aided projects aimed at fighting poverty across the country,” he said.
Ambassador Kisuule said the campaign, which takes place every year, aims to help vulnerable Muslims living below the poverty line.